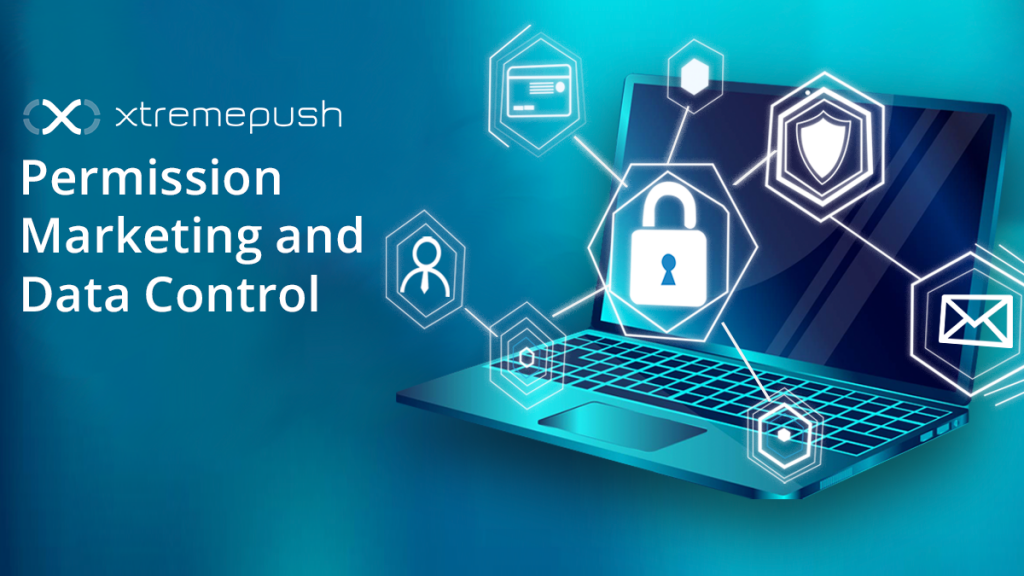 The future of permission marketing and consent is very clear. Or at least, it is to us.

Apple’s recent announcement that the next update to their iOS operating system would include a mandatory opt-in request for IDFA (Identifier for Advertising) data collection came as a shock to many observers.

But it really shouldn’t have.

This is merely another step towards the inevitable death of unfettered data tracking. The world is moving towards strictly customer-controlled data-sovereignty on all platforms and devices.

And it’s going to happen sooner rather than later. Let’s look at what’s happening with iOS 14 and what it tells us about the wider landscape of data ownership and usage.

What is IDFA and what is changing?

The IDFA is essentially the means by which companies determine the attribution of app downloads from mobile advertising. Google’s version for Android devices is called GAID (Google Advertising ID). Basically, the IDFA allows a company to understand which specific ad drove the download and where the user saw and clicked on it (important for evaluating campaign spend). It’s like the mobile app equivalent of cookies.

This is all typically measured through a third party attribution solution like Kochava or AppsFlyer. And crucially, it allows brands to say to mobile ad networks, “find us lookalike audiences”.

As it stands, consent for IDFA is assumed on download, meaning it’s possible for each app to track the other apps you’re using on your phone and which websites you’ve visited through your mobile browser. With iOS 14, all apps are required to request consent to track your IDFA via an in-app pop-up. 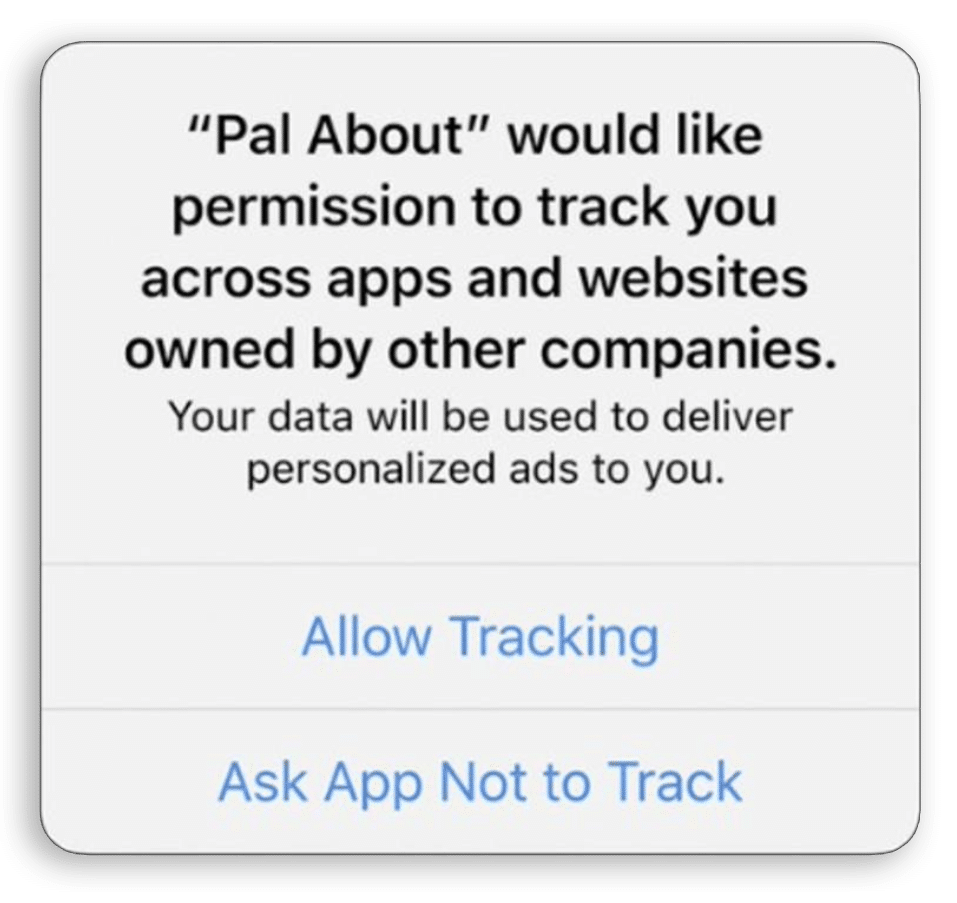 iOS 14 is scheduled for a September release, with more than half of all iPhones expected to have updated to it by October. It is already possible to turn off IDFA, by the way, but it requires the user to investigate their settings.

The expectations for opt-in figures are very low. Some commentators estimate 0-20% of users will give consent, but that seems very optimistic. The language required to communicate the proposition to the consumer is very intimidating. It will be interesting to see what brands, and mobile ad networks, do to counter this.

It should be noted that Apple is working towards the launch of its own attribution system, SKAdNetwork. This will reportedly allow brands to track the provenance of downloads, but without a view of any of the user’s personal data.

For more information on iOS 14, and how it affects tech giants like Google And Facebook as well its impact on retargeting in general, it’s worth reading this article from Forbes.

App developers themselves have long since known which way the wind is blowing. A recent report into the roll-out of Android 6.0 back in 2015 underlines this.

With the introduction of Android 6.0 (Marshmallow), users now had the ability at the point of the app’s initial launch to grant individual permissions, or indeed deny all of them if they were not essential to the app’s operation.

But according to the report, it would seem there was a concerted effort amongst some of the world’s most popular apps to delay necessary updates in order to collect as much customer data as possible within the 3 year limit Google had set.

Many of these apps (out of the 13,599 that were analysed) were generating all, or a substantial amount, of their total revenue through the sale of anonymous, third-party data to large data aggregators.

It’s only 5 years ago, but the landscape of digital engagement has changed hugely since then.

Flash forward to 2020 and most industry commentators would agree that the era of anonymous-yet-personal data and the targeted-advertising it powers will soon be over.

You may have heard earlier this year that Google is phasing out third party cookies for Chrome. The Safari and Firefox browsers already block them.

We all know about GDPR, but it was just the beginning. From here on in, the collection and usage of personal data is only going to be more tightly regulated, not less. Whilst the legislation is pretty clear and there are numerous versions popping up around the world (like the California Consumer Protection Act), it’s not enough.

Privacy by Design is the long term answer. We’ve written about this concept before in the context of mobile marketing. It refers to consent and consumer control being coded into the systems of data collection and usage themselves. Soon it will no longer even be possible to play fast and loose with consumer data; the technology won’t allow it to begin with.

Brands must take the lead in this

It’s not a stretch to envision a scenario in the very near future when it will be impossible to engage with prospects and customers about anything without their express and freely given permission. Permission doesn’t just live and die at the point of opt-in, brands need to be clear not just about what they are sending, but also where and when.

We believe that brands themselves should be leading the charge and championing the rights of consumers, not reacting to the whims and stipulations of operating systems or legislation.

That’s why we’ve recently integrated a Customer Data Platform within our multichannel engagement and personalisation hub. We want to give our clients the ability to seamlessly combine their data collection and activation strategies, with privacy and consent at the centre of everything. 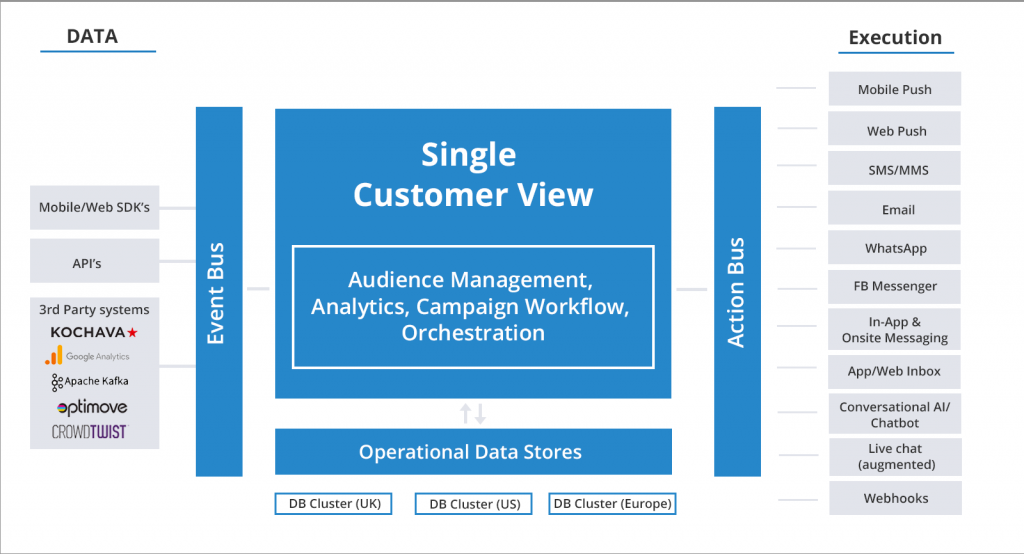 We’re also enabling brands to openly collect valuable first party, and zero party data, through the use of on-site and in-app preference centres. This can be anything from a customer’s preferred channel or content, down to the hour of the day they want to be contacted.

It’s a chance to build trust between brand and consumer, giving both of them what they want; personalised, relevant experiences that are win-win.

Now is the time to take true ownership over how your brand is handling the collection, unification and usage of customer data. Feel free to get in touch with us for advice on anything from GDPR compliance to consumer engagement.