A Multi Language Approach To Your Campaigns 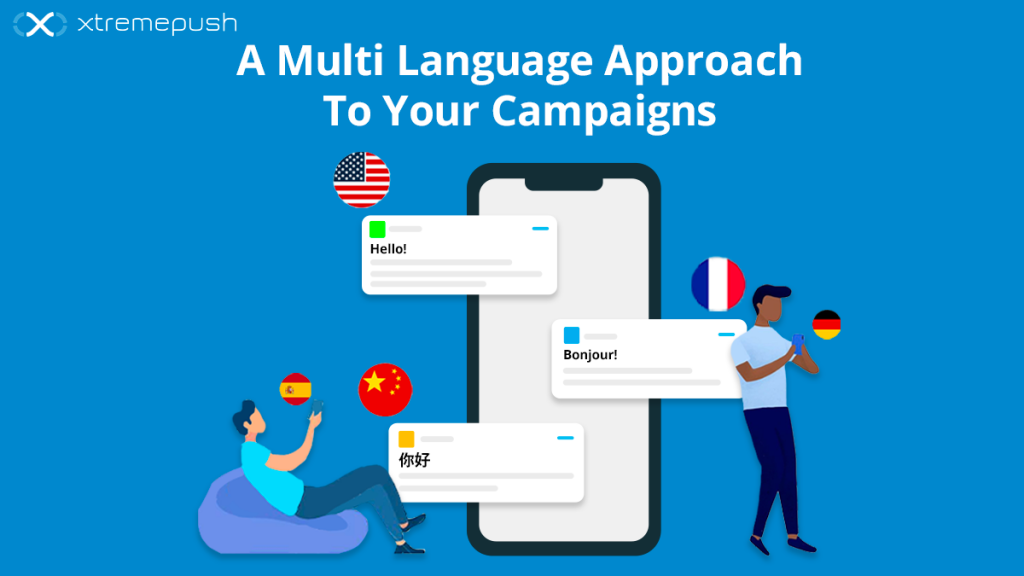 Over half of internet content is in English. Which means if you’re an English speaker, great! Go ahead and enjoy the hours of content at your disposal. But unfortunately if you can’t speak or understand English then you have a lot less choice.

For a language that appears to have quite an amount of users, there is an incredibly low amount of content readily available for them. This could be a major opportunity for businesses who wish to become global leaders to capitalize on.

Being able to communicate with, and provide for customers in a variety of languages is so important for businesses today. For example, if I receive a text message or a notification in a language I don’t understand I probably won’t pay attention to it.

There are many customers around the world not being communicated with effectively. Around 40% of global consumers will not buy in other languages. That’s a pretty high number. This is where multi language marketing comes into play. And it can be very easily included in your campaigns.

What to consider when sending messages in different languages

Of course with different languages and cultures around the world comes different understandings and nuances. An American person may view a particular sentence or message totally differently to how a European person might.

There are numerous brands around the world that operate in multiple territories. Part of the reason for the success of a brand in a different location is the ability to strike a relationship with customers through a totally different language and culture. 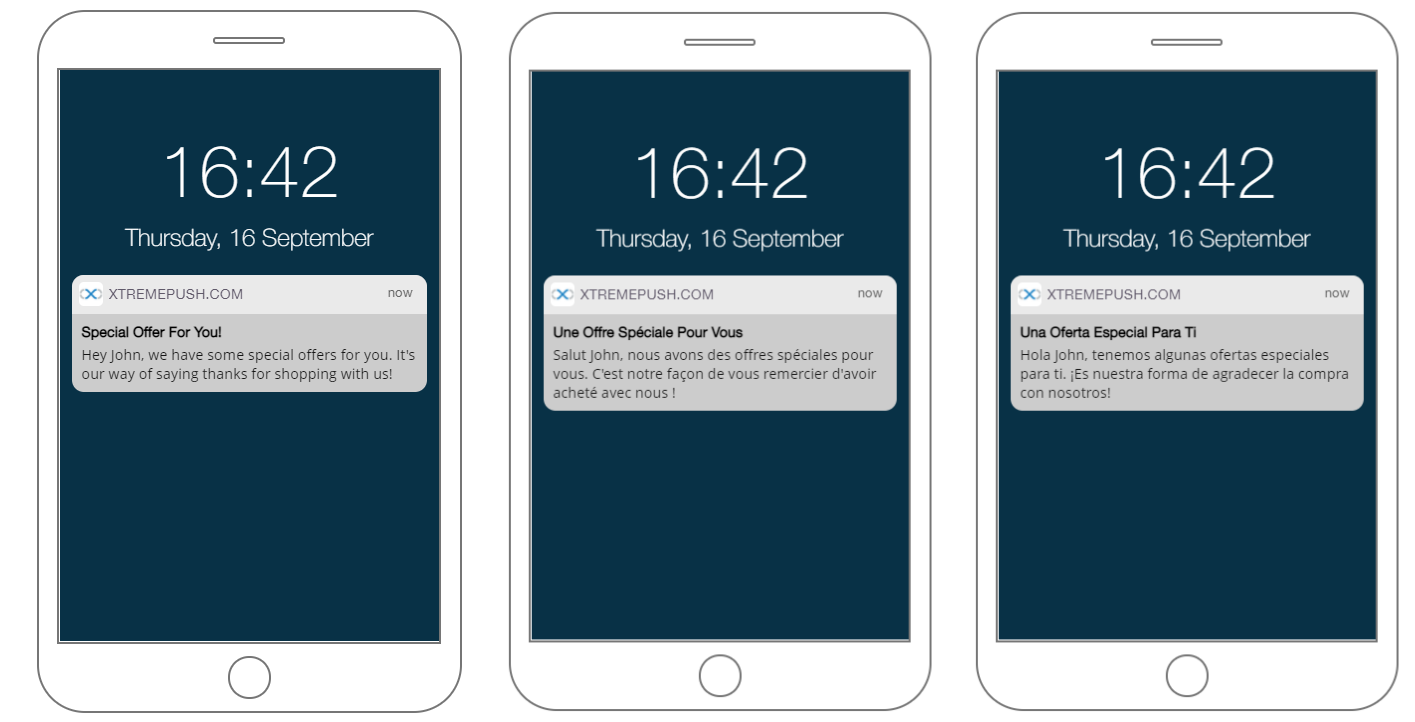 Something to keep on your radar when it comes to sending messages in different languages is how the message comes across in that language. Perhaps you might be including a particular phrase or joke that may not quite land in another language. Sometimes, your message should be slightly altered so that you get it across in another language.

Of course, you don’t want to compromise the core meaning of the message, but a small tweak here or there won’t hurt.

If you’re including any sort of images with your messaging, the same rule applies. You’ll find that brands advertising in different countries often depict it in such a way that it suits the culture in that area. You may consider the same thing when it comes to sending your next push notification or email campaign.

The whole idea of personalising the emails or notifications you send to your customers has been imperative for the success of businesses in recent years. Multi language marketing takes this to the next level.

You’ll find that there are a number of benefits that come with breaking down the language barrier in your marketing communications. People will obviously be more likely to pay attention to messaging sent to them in their own language. In fact, research in the past has shown that 72% of consumers would rather purchase a product or service shown to them in their own language.

For 56% of consumers, they said that the ability to be shown information about a product or service in their own language was more important to them than the price of it. So with your campaigns running in multiple languages you’re very likely to see a positive impact on your click through and interaction rates.

By introducing this more personal feel, engagement rates in different regions would also increase. The community built around your brand will become a stronger and more inclusive one.

How to do it with XP

The good thing is that there is a solution to all of this. What someone might think would be a drawn out and somewhat laborious task of translating campaigns into different languages is actually made very simple with the Xtremepush platform.

Instead of creating multiple different campaigns for the different languages you want to include, you can create just one campaign that can be translated using the Xtremepush Multi Language Support tool.

This is an incredibly easy and efficient way of communicating with your audiences using different languages.

NetBet, one of the best known brands in the sports betting and gaming industry, achieved a 280% increase in player activation using the Xtremepush platform. Our Multi Language Support tool played a big role in this as they were able to send their campaigns in eight different languages. Read more about their use of the Xtremepush platform here.

Xtremepush is the world’s leading customer engagement, personalisation and data platform. We work with top brands across multiple industries to enhance their marketing and communications capabilities. Schedule a personalised demo of our platform to learn more about how we can help your brand drive revenue.