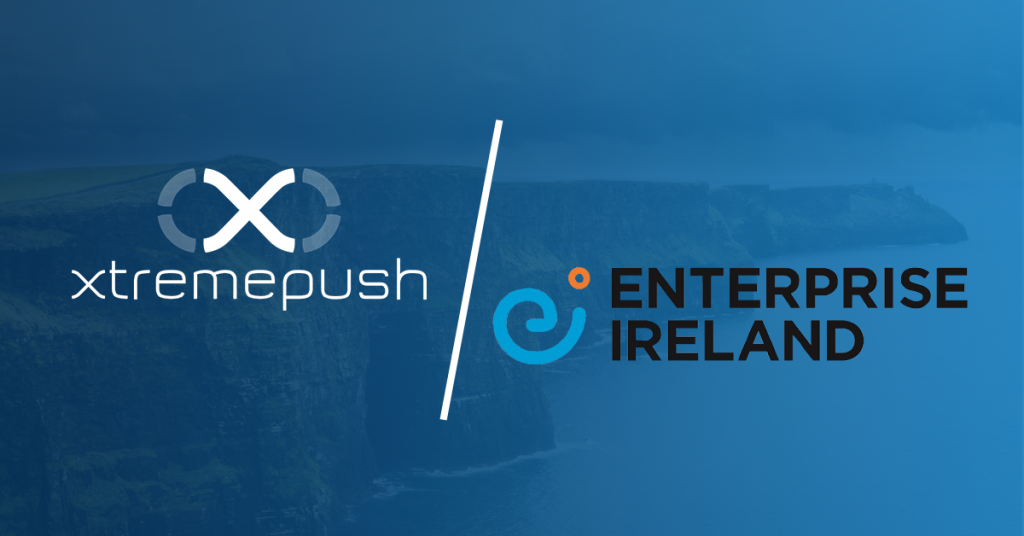 As we enter the holiday season, it’s a time for reflection. For the team here at Xtremepush, one relationship that really stands out is our ongoing partnership with Enterprise Ireland.

As the Irish government’s official trade and innovation agency, Enterprise Ireland plays an important role in generating and fostering business connections for Irish companies in multiple regions around the globe.

For high-growth enterprises like ourselves, this has created invaluable introductions to leading brands across a number of industries. In particular, we’ve been given the opportunity to meet decision-makers at a host of banks and financial service providers as part of the Irish Fintech series.

It’s also important to mention the Irish Ambassadors who have welcomed us to each country and hosted events on our behalf. This is such a vital aspect of their role and we very much appreciate their time and effort.

We began in May with the opening of our Romanian office in Bucharest. Head of Global Partnerships, Robbie Sexton was joined by Regional Sales Director for Romania & SEE, Vassian Burca. Ambassador of Ireland to Romania, Mr.Derek Feely, marked the occasion with a drinks reception for us at his official residence.

We also presented our engagement and analytics platform at the Fintech Innovation Breakfast, an event sponsored by Enterprise Ireland and R.I.B.A. (Romania-Ireland Business Association). Sincere thanks go to Alexandru Aionitoaei from EI, who was instrumental in putting it all together.

At the beginning of June, we took part in Enterprise Ireland’s outstanding Irish Fintech Cafe event as part of Money 20/20 in Amsterdam. As Europe’s largest fintech gathering, this was a perfect showcase for our platform. Head of Customer Growth and Business Development, Mark Quinn spoke to a room packed with C-level executives and industry influencers.

The Irish Fintech Cafe was a brilliant idea and resounding success. We’re already looking forward to next year’s edition. Thanks to Matthijs Egger, Senior Market Advisor for the Benelux region at Enterprise Ireland for his expertise and advice.

Later in June, we were delighted to join Pat Breen, the Minister of State for Trade, Employment, Business, EU Digital Single Market and Data Protection for his trade visit to Poland. Xtremepush was also honoured to attend a dinner hosted by Enterprise Ireland and Ambassador Emer O’Connell.

During this trip, Robbie Sexton spoke at the Forum IAB, the largest digital media and marketing technology event in Poland. It also served as an opportunity to launch our Polish office with Country Manager Damir Zalewski. We want to extend our gratitude to Bartosz Siepracki, Director of Enterprise Ireland’s Warsaw office.

In October, we officially launched our office in the Czech Republic when Mark Quinn joined Regional Sales Director, Petr Fiala at the Irish Embassy in Prague. We also had the chance to present our software to a group of financial services professionals.

We’d like to extend our sincere thanks to Ambassador Cliona Manahan, Marta Siruckova, Ladislav Muller, and Paul Dubsky (Head of the Czech-Irish Business & Cultural Association) for their support and hospitality.

In November, Mark found himself in Sofia, Bulgaria alongside Vassian Burca. Ambassador Michael Forbes hosted us at the Irish Embassy for another Enterprise Ireland event promoting the very best of Irish Fintech.

As well as officially marking our expansion into this territory, the event connected us with members of the Bulgarian banking community. They were eager to learn more about the effect our platform is having on customer engagement in other financial institutions around the globe and we look forward to furthering these discussions in the new year.

Of course, there are plenty more Enterprise Ireland events planned for 2020 that we’re very excited about. Members of our Irish team will be in Istanbul, Turkey on January 15th alongside Country Manager Zehra Aksoyek.

It’s all part of what is shaping up to be another remarkable year for the team here at Xtremepush. We look forward to once again working closely with Enterprise Ireland to help articulate our brand promise far and wide!