How to Increase Player Retention in SBG 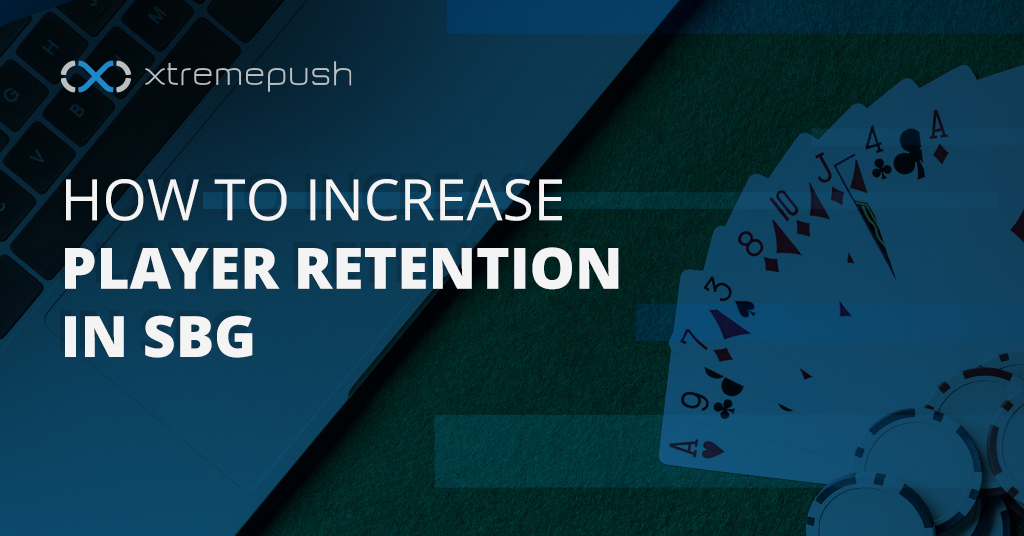 Research suggests that only 40% of players still use betting apps a month after downloading them. And only 10% are still using it after 6 months. While player experience or issues with the app could account for some of this drop off, the real issue is player retention.

The likelihood is that there won’t be a single reason that caused those players to leave the app. However, a 60% drop off in a 30 day period suggests all is not well with players and something needs to be done about it.

Historically, however, the approach has been to just replace those customers with new ones. The problem with this approach is the market is a red ocean of competitors offering equally appealing promotions and offers.

As a result, the cost of acquisition sits at roughly $250 per player and is increasing. Constantly trying to replace an audience that size is both expensive and, essentially, unachievable.

As a result SBG operators are forced to spend more on advertising and loss leaders sharply increasing costs. The result is SBG operators get caught in a vicious cycle as competitors have to follow suit.

The proverbial leak in the dam is just too big to plug.

Identifying problem areas and improving player retention fixes the dam before it springs the leak.

If you’re losing a high proportion of new players then there’s a good chance there’s a problem with your player retention strategy.

Assuming you have one.

While SBG operators need to strike a balance between retention and protecting themselves from losses, retention is essential to long term profitability. Purely because retained players are cheaper to sell to.

Not least because the hard work has already been done. You’ve already won them over with an introductory offer and they’ve stuck around to play.

At this point the money they deposit with you has cost you significantly less to earn. And the longer they keep engaging with you the more profitable they become.

If your players are leaving your website or app it’s because they’re not finding a reason to stay. Or to put it another way – they’re not seeing the value in staying.

Whether they’re not winning, the games aren’t fun, or they’re feeling pressured to deposit more funds, the outcome is the same. That customer will churn and you probably won’t win them back.

As with any company, in any industry, that entices their audience with an introductory offer, operators are forced into difficult positions.

They have to either adopt a like it or lump it approach to their existing players or offer incentives on an ongoing basis.

To put it another way – either ignore existing players because they’re already spending or keep them sweet by offering promotions regularly.

The outcome is players are either driven away by the lack of engagement or lured away by the promise of a better offer.

Identify areas of your retention strategy that reward based solely on transactions. For example, if a player deposits $100 they get a $10 bonus deposit.

These transactional incentives consistently require players to give significantly more than they’re getting in return. While supermarkets essentially operate the exact same system, people need food, they don’t need your platform.

Essentially, you’re training your players that you will only reward them if they invest in you ten times more than you invest in them. If that were a social dynamic it would be considered toxic.

The bad news for sports betting and gaming operators is psychologically their players don’t make a distinction between a business and a person. Which means they think it’s toxic too, which is why they move on.

Driving retention by driving deposits ultimately only succeeds in driving players away.

While there are times incentives for spend is a legitimate method of engagement, broadly speaking your player retention strategy needs to be value based.

Value based player retention looks at ways to enhance the player experience rather than overtly incentivising them to play.

Providing live sporting feeds so your players never miss a goal or a red card is a classic example of value based player retention. Rather than asking them for money, you’re creating a scenario in which they feel empowered to place a bet.

If that player’s team is 2:1 down but the opposition just had a player sent off, they may feel a flutter is in order. More so if the operator follows those notifications with special odds valid for the next 90 seconds.

Although there’s a sense of urgency created by the time pressure, this is legitimised by the fact that 90 seconds is a long time in any sport. It also adds to the sense of excitement.

To break this approach down to its simplest form – players like to feel they’re part of the club, not on the losing side.

Taking the competitive nature of sports betting and gaming out of it, your players want to feel like they’re playing with you. Not against you.

Therefore you can significantly increase deposits and player lifetime value by building your player retention strategy around this idea.

Adopting a similar approach will have a marked increase in player retention.

Approaching player retention from a position of adding value allows you to reframe, rather than reinvent some of the tactics you were employing before.

Rather than incentivising players to place bets, incentivise them to win. Enter players into a prize draw if they win 10 bets within (for example) a week.

This may seem counterintuitive from a profitability standpoint but consider the following:

A key component of your player retention strategy should be geared towards reducing churn. No matter how effective your wider strategy is, some players will start to disengage.

The reasons will vary wildly from they’ve lost too many times to simple lack of interest. Regardless, there is a narrow window that sports betting and gaming operators can take action to win players back.

Create staggered campaigns that trigger based on when players last interacted with your app or site. These can be sent via email or push notification (or both) to encourage players to re-engage.

Providing the player database has been correctly segmented players can receive personalised messages based on their interests and playing habits.

A push notification about their favourite team’s next game and the offer of a free bet is more powerful than just the free bet.

Depending on how long it’s been since a player last engaged, your customer data platform’s business intelligence tool can be configured to trigger with more aggressive offers to win them back.

Starting this process as early as possible will make all the difference. Because you have a wealth of first party data available, you can be fairly granular in terms of how you segment and the conditional logic you employ.

Essentially you can create a churn sequence to meet specific scenarios. For example, one campaign can trigger when players have more losses than wins and haven’t played for three days. This can be followed up two days later with a more aggressive offer for those players who don’t engage.

Start with the Data

Before you can create a player retention strategy you need to understand where your players are dropping off.

Harnessing your entire data estate to create highly detailed player profiles is a vital first step. Leveraging a customer data platform can help you to ingest and segment your data to achieve this and from there glean actionable insights.

To learn more about how a customer data platform – with engagement functionality – can transform your business and boost player retention, get in touch and request a demo.

Xtremepush is the world’s leading customer data and engagement data platform. We work with various top brands within the Sports Betting & Gaming industry. Schedule a personalised demo of our platform to learn more about how we can help your brand drive repeat players and increase revenue.