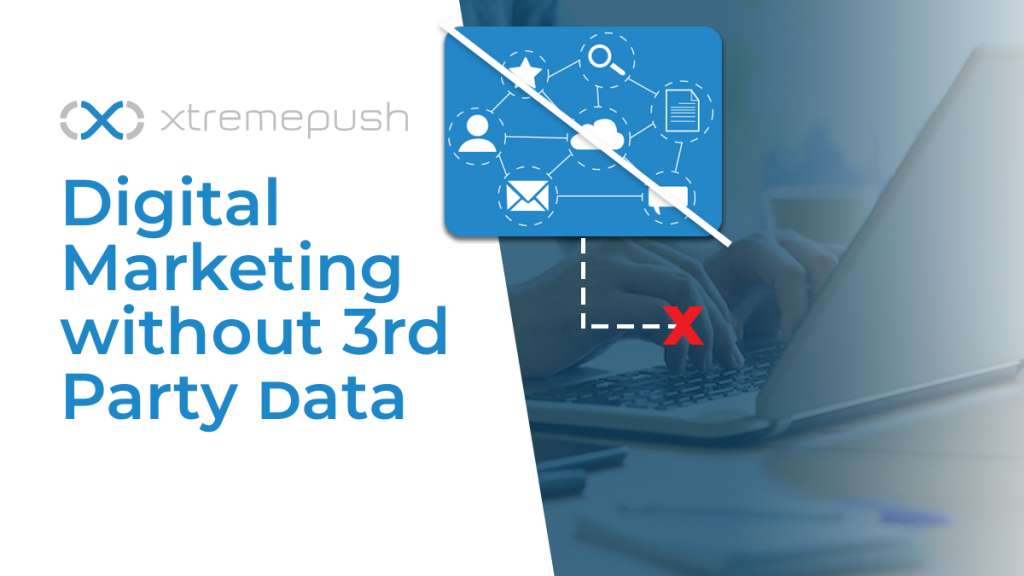 Our colleagues at the Association of Advertisers in Ireland (AAI) recently hosted a superbly well-researched webinar in conjunction with PwC.

Entitled “The Future of Digital Marketing in a Post-Cookie World”, the session brought together some expert speakers from advertising and martech backgrounds.

It’s a topic that we’ve offered some thought-leadership on ourselves. You can read it here.

But whilst we looked into our crystal ball for that article and hypothesized the likely implications of marketing and advertising without third party cookies, this webinar from AAI and PwC raised some points that we believe are worth further comment.

So are our key takeaways on digital engagement post-cookies.

Third-party data is no great loss

While the temptation in certain corners has been to catastrophize the death of the cookie from an advertiser’s perspective, we don’t see it that way.

Third-party data, and the anonymous advertising that it fueled, has always been an inexact and shadowy science.

As it stands, the supply chain of programmatic advertising has many flaws.

A major 2020 report commissioned by ISBA identified an “unknown delta”; 15% of advertiser’s total spend cannot be attributed. In other words, no-one can work out exactly where it goes.

To a company like ourselves, which places so much emphasis on providing customers with attribution data and full visibility on campaign performance within our own platform, it’s honestly quite shocking.

And that’s before we get into the murky territory of ad-fraud, which we’ll put aside for another day.

This 15% blackhole alone suggests a deeply flawed and frustrating ecosystem, one rife with waste and crying out for radical overhauling.

But that’s not the only cause for concern; advertisers are often in the dark when it comes to their end-audience too. What kind of certainty do they have that the right people are being targeted?

Who can guarantee that the “lookalikes” really do look-alike?

There have always been transparency issues around audiences, data sharing and permissions in general. And there is precedent for what’s happening now. When Safari dropped cookies in July of this year, (and Firefox on a smaller scale in 2019) there was suddenly a huge tracking blind spot. The void created when Google does the same in 2022 will be chasmic.

Third-party data and the campaigns it powers account for approximately 25% of total programmatic spend. With the estimated global spend on digital advertising some 330 billion USD, a sizable amount of advertisers’ resources will be freed up when cookies disappear.

We believe, given the issues highlighted, that this is no bad thing. This is money that may very well provide a much higher ROI if directed elsewhere.

So where should it go? Towards enhancing your understanding of, and engagement with, known visitors.

And before we’re accused of bias, PwC’s Chris Humphreys highlighted how one of the publishers in the report has observed an incredible x30 monetisation on known visitors versus unknown visitors.

As eye-popping as that figure is, it doesn’t surprise us. We’ve been saying for years that first-party data is the key to accelerating performance marketing.

First-party data is a puzzle still in progress for many

There are two other findings from that same ISBA report that really stand out. Whilst 79% of participants stated that first-party data was “business critical”, just 28% said it was being used well.

It begs this simple question: WHY?

Why is it that, despite its growing importance and apparent abundance, the practical application of first-party data is proving to be a challenge?

From our own work with brands we see two common reasons; a) the siloing of first-party data and subsequent inability to unify consumer behaviour across multiple channels and properties, and b) an inability to action data via accurate segmentation and personalized communications.

In fact, we could add a third factor here; the monolithic software giants that needlessly complicate and draw out the process of data unification and preparation, while locking brands into airtight, long term contracts.

This is why there has been so much interest in Customer Data Platforms (CDPs) over the past few years. CDPs present an altogether more successful, and faster, approach to data management. Providers like ourselves are offering a partnership approach, where performance and delivering on promises matter.

And one of the many insights shared on the website was the need for martech to take centre stage, with CDPs replacing DMPs and DSPs.

You’d be forgiven for suffering acronym-fatigue, but the underlying message is clear; invest in technology that allows you to collect, unify, and activate your own customer data.

And reduce your dependence on software that keeps you beholden to external organisations that hold all the aces.

Reading the writing on the wall

Google’s elimination of third-party cookies on Chrome is simply the continuation of a larger trend that has been playing out for a couple of years.

All of this sits in the context of GDPR and other data protection laws being passed around the world.

The digital world, once the wild west of marketing, is, at last, being tamed. It’s three pillars are now provenance, governance and privacy.

As several of the experts who contributed to the webinar noted, the focus is shifting away from ”what am I legally allowed to do”.

The pertinent question now is “What should I do”?

Brands are not just paying lip-service to this either (and if they are then they will soon be found out). The ethics of marketing and advertising technology is being scrutinized like never before.

And we support this unreservedly. Permission-lead engagement is not only the right thing to do, by the way, it’s also the more profitable approach.

We fundamentally recognise certain areas where we can add significant value to major stakeholders in the programmatic supply chain; namely advertisers and publishers.

Firstly, we empower advertisers to connect directly with their customers and prospects through relevant, personalised communications powered by first-party data.

And secondly, we’re helping publishers identify and categorise the interests and intentions of their audience in order to create a stronger proposition in advance of the inevitable return to contextual advertising.

Ultimately, when the door closes on cookies brands will still have to spend huge budgets on awareness (both online and offline). Irrespective of how it’s done, it’s critical that they understand these new users and nurture them through the funnel towards repeat sales and loyalty.

Anything else is a waste of money.

So our call-to-action for both advertisers and publishers is simple; don’t fret the loss of third party data. Embrace it as an opportunity to do more with first-party data.

The impact will be phenomenal.