eSports Betting: Ready for the mainstream or it is just a passing trend?

When live sports, the betting industry’s raw fuel, began to dry up in mid-March, it left a significant hole that vendors have been scrambling to fill.

Aside from the ad-hoc, prop-bets that have been wheeled out, the growth of two niche products in particular has really stood out; virtual sports and eSports.

We’ve recently done a couple of deep-dives into virtual sports (read our guide and watch the in-depth webinar) that have proven very popular with industry professionals, but now let’s turn our attention to the world of eSports.

The truth is that the jury is still out on eSports betting, notwithstanding its diehard advocates. Can it really break into the mainstream? Or is this simply a micro-trend with a short shelf-life? And what should vendors be doing to maximise revenue from it right now?

Let’s drill down into the learnings from the past few weeks for some answers.

What percentage of revenue does eSports betting contribute?

This varies widely from vendor to vendor, depending on the maturity of the vendor in this particular space and the demographics of its overall customer base.

At both ends of the scale, we’ve heard first-hand reports from some vendors that eSports contributes a mere 1-3% of their total revenue, while others have said it accounts for closer to 20%.

In terms of actual revenue generated and tickets sold, eSports still lags far behind the virtual products. What we’ve been hearing is that vendors need to surround this offering with live sports. It does have some interesting cross-selling potential, in both directions, but ultimately ROI will be small.

That said, we work with vendors that specialise in eSports, and who do so very successfully. It’s just not a market that can be easily broken into, and those that do well in it invest a lot of effort into developing a strong presence in the scene and a brand-voice that resonates with its fans.

Which eSports titles are the most popular?

The eSports betting landscape has been largely dominated by a handful of titles for the past few years.

The three most popular are League of Legends (LoL), Defence of the Ancients (DoTA) and Counter-Strike:Global Offensive (CS:GO), with an honourable mention for some of the Call of Duty (CoD) titles.

Unsurprisingly, these titles are also the most popular in terms of global player numbers too. Just as with traditional sports betting, players prefer to bet on the products that they know best, and have a general interest in and understanding of.

Of the big 3 “classic” eSports titles, it seems right now like CS:GO has the broadest crossover appeal to the mainstream. A first-person shooter with an appealing, modern military aesthetic, the game offers very clear markets like “Most Kills”, “Winning Margin” and so on, meaning bettors can quickly get up to speed and start wagering on the action.

DoTA and LoL are far too idiosyncratic to appeal to the average traditional bettor. It would take a huge effort from a vendor to educate a new audience and market these products.

Honestly, the ROI simply wouldn’t be there.

What about eSoccer and other sports titles?

One of the intriguing developments over the past few weeks, however, has been the growth of betting on the world’s two biggest eSoccer titles, the long-running Fifa and Pro Evolution Soccer (PES) series. This is evidence of live sports bettors migrating to what is the closest, most familiar product available.

Approximately 40% of the additional revenue generated by eSports in recent weeks can be attributed to these two titles by themselves.

Unfortunately, the biggest barrier for new fans and bettors in other eSports is the structure of the games themselves. For non-fans, the pace and rules of LoL and DoTa, for example, can be difficult to comprehend. There is a steep learning curve that frankly the average punter doesn’t have an interest in climbing.

Fifa and PES have two obvious advantages in this regard; they replicate a familiar sport, and games are played at a slower pace. Both of these facts make it easier for people who are not avid gamers to follow. Yet, at the moment there’s little reason to suggest these new bettors will stick once the real thing has returned to our screens.

We’re not suggesting that it’s impossible, just that like everyone in this industry, we’re waiting for the evidence.

But one could argue that eSoccer titles, and their equivalents in basketball, ice hockey, American Football and cricket, could be successfully targeted towards fans of those sports during the offseason when their activity levels decline. 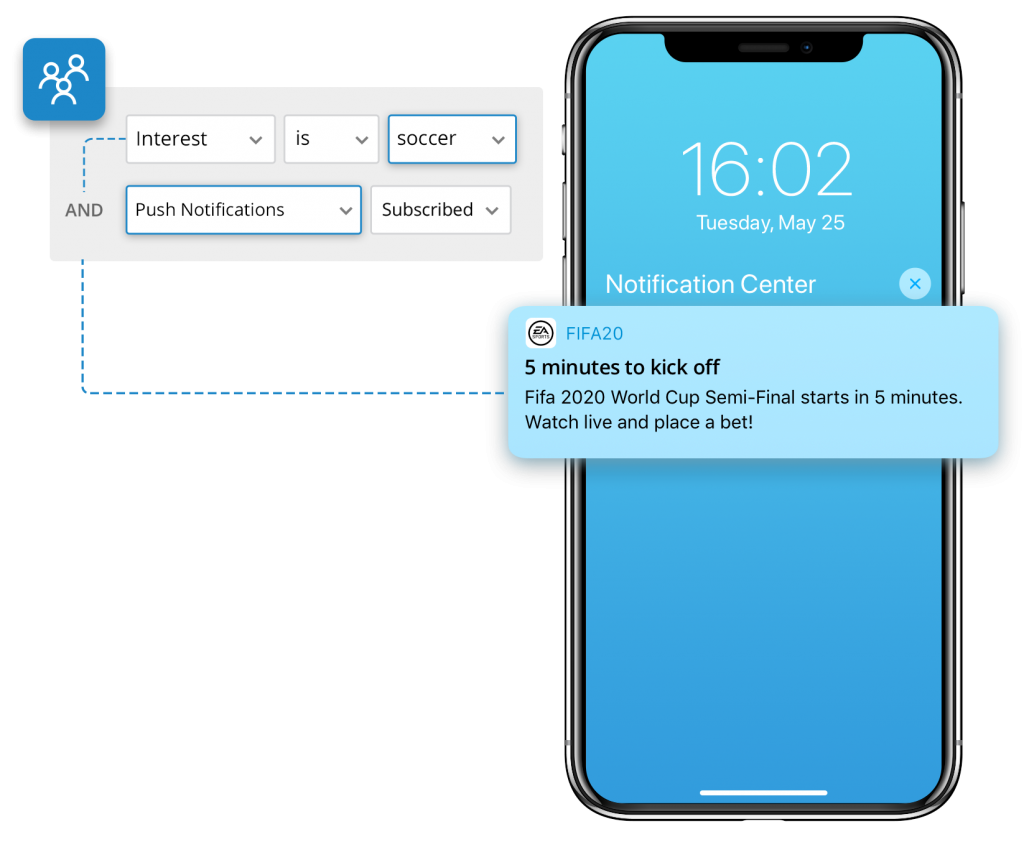 Are there similarities between eSports and live sports bettors?

There’s no doubt that in terms of demographics, eSports does tend to skew towards millennials (22-37), who have both grown up playing video games and are the legal age to place a wager.

There are, however, some similarities when it comes to player psychology and engagement tactics.

We know that in Europe the live market is heavily focused on soccer, with 90% of bets wagered solely on that sport. In general, 75% of players are single-sport bettors.

So personalisation and segmentation are just as vital when creating engagement campaigns  for eSports players.

What are the pros/cons of eSports betting compared to traditional sports?

In certain respects, eSports combines the best attributes of live and virtual sports; quick, fast-paced games with guaranteed action, plus the thrill (and frustration) of live, unscripted events and results.

There’s also a huge amount of reliable, instantly available data which would appeal to bettors who like in-play action and researching the form guides.

However, there are some negatives too, largely on the compliance and regulation side of things. Firstly, we know of a number of vendors who are reluctant to venture into eSports because of its appeal to younger fans (below legal gambling age). While restrictions can of course be put in place to guard against this happening, there is a fear of it damaging the vendor’s perception in the eyes of its bread and butter players.

There have also been numerous high-profile instances of cheating in the eSports world. Match-fixing, despite the efforts of each tournament’s organisers, also remains an issue. Huge strides have been made here, though, and will continue to be made.

The challenge for vendors looking to include eSports in their line-up is how to highlight the positive aspects and get players to give it a try.

How can vendors convert traditional sports bettors to eSports?

Vendors who are thinking of entering the eSports market need to be very cautious about how they approach it. There are well-established sportsbooks that probably should steer clear altogether.

There is a real danger of alienating your customers by suddenly promoting odds on something like League of Legends to them. One CEO recently said it could, in fact, be “chaotic” for your brand.

And by the same token, that same brand, which would be a household name and highly-regarded amongst traditional bettors, might have zero appeal to eSports fans. You only have to look at the chat that takes place during the live streaming of online games to understand that the language used (riddled with slang and often profane!) is unique and reflects an attitude and sensibility at odds with the biggest sportsbooks.

The brands that perform well in eSports betting strive for authenticity, and work hard to build up credibility. That’s not something that can be quickly bought.

However, if a brand was willing to invest in influencer marketing and form connections with popular Youtubers and Twitch-streamers, or even partner with high-profile professional eSports players to act as ambassadors, then they could potentially skip the queue.

Is it worth investing in eSports right now?

If eSports is currently one of your verticals, with a growing customer base, then it is absolutely worthwhile in the short term to double down on it.

The question for many vendors who haven’t opened an eSports book is whether or not it’s worth the investment.

The consensus at the moment seems to be that eSports doesn’t have mainstream appeal, and the sudden surge in interest it is experiencing will fade away once live sports resume.

As the industry’s leading supplier of player engagement software, we’re working closely with vendors throughout this current crisis. Feel free to get in touch to discuss our solution or to get advice on any specific use cases you have in mind.